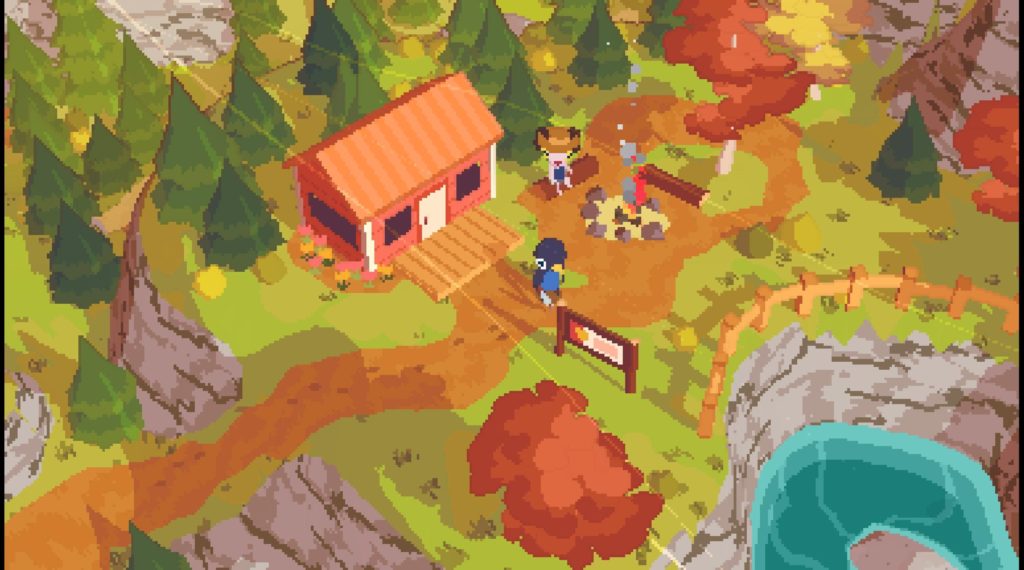 Let me be abundantly clear from the top: there is nothing definitive nor even half-reasonable about this list. This is my personal favourite games you might have missed in 2019, based on what I was fortunate enough to stumble upon. I will absolutely have missed out wonderful games because I either never played them or just forgot. That’s OK. It’s OK. It’s fiiiiiine.

They are in no particular order, apart from the last one, which is my favourite of the year. And I’ve made the decision to skip games that I played/reviewed when they were tiny indies that then went on to get lots of splendid coverage, like the amazing Pikuniku and Hypnospace Outlaw. Heck, that latter game’s on almost every other Of 2019 list anyway, as well it deserves.

I’m listing the prices as they are just now during the Steam sale, which are mostly reflected across all the other sites.

All these games are spectacular, and well deserving of your time and/or money. (Two of them are free!) Merry Christmas, and enjoy.

MO Astray stands out from the overcrowded crowd of pixel platform games by one main feature: it’s not a Metroidvania. That’s wholly unfair – it stands out for so many brilliant original reasons, from its Dandara-if-she-were-sticky movement, to its parasitic main character – but gosh it was a pleasure to play a game that was all about constant progress, zero backtracking.

This also allows the game to evolve as you progress, allowing your poor blue blob to attempt to discover his own origin and escape the ruins of some really rather gruesome experimentation. Able to read the unique last thoughts of every single biped enemy in the game, it’s certainly macabre in places, but buoyed by constantly fresh ways to play, and some really splendid puzzling sequences with your very own clone.

My review remains the only one on Metacritic, which is criminal, and this industry should be ashamed of itself.

OK, yes, I’m definitely cheating here. Despite reviewing Eastshade from obscurity, it did go on to get noticed by some of the press a coincidental week or two later. But I still fear it’s a little forgotten since its February release, and it was definitely one of my favourite gaming moments of the year.

It’s just so ridiculously lovely. Not only does it make Unity look prettier than you could ever imagine, but it’s a violence-free first-person game, in which you’re visiting the island of Lyndow to paint pictures in memory of your late mother.

The tasks you perform along the way are far more emotionally complex than your average RPG, and you’re not the bloody saviour. You’re some artist, mooching about an island. And this ends up really working, becoming something really rather special.

This is such an easy pick – it’s the funniest game of the year. Good grief it made me laugh so often, as I picked my way through a chat show host’s interview preparation day over and over and over, trying to find every joke it has to offer.

I then had the vicarious pleasure of showing the game to my 13 year old nephew, who played it on my phone, eventually rocking with laughter. I strongly recommend loading this game up, handing your phone to a friend or relative, and then just watching their delight.

It’s frankly offensive that this is free. So make that better by heading to Szymanski’s itch page to throw money at him. And you can pay for the brand new Kyle Is Santa DLC.

It definitely feels wrong to be putting a Konami game on Buried Treasure. I mean, what? And yet, impossibly, this FREE game by the legendary publisher has been completely ignored. It sports a single lone review on its Metacritic, and only 100,000 installs on Google Play. IT’S FREE! IT’S BY KONAMI! What is going on?!

There’s no good answer, since this is one of those rarest of things: a good picross game for a telephone. It understands how picross is solved by a player, which madly seems to be the stumbling block for most mobile attempts, and accommodates for that. It makes the sensible decision to auto-fill Xs into rows with all the correct blocks painted, which makes play on a tiny screen much more pleasant (and can be switched off). And the pictures are classic Konami characters and items, from games like Frogger, Bomberman, Gradius, Contra and Castlevania!

I 100%ed this, which is bonkers when there are 500 puzzles. A situation that has since become far worst after I found it has a new game plus mode, where you can replay all the puzzles, plus about 25 new ones, but now you can’t manually put Xs in at all. I’m on 135.8%. I’m still going.

And it’s free! I mean, I’ve no understanding of how this isn’t on every telephone in the land. It’s great!

Few games affected me so much as dyslexia-simulator A Familiar Fairytale this year. It’s not especially groundbreaking, it almost certainly belabours the point a little, and yet I’ve come away with a far greater understanding of a subject than I had when I went in. It’s a game that has afforded me greater empathy, and it’s not often you get to say that.

Via a fairytale told through wobbling, mis-spaced words, on a flickering background, Alastair Lowe’s game emulates the experience a dyslexic reader, and in doing so made me far more aware of just what a daunting, encoded world we live in for anyone who struggles to read.

This is joy. Just utter joy. You, a bird called Claire, are on a holiday you don’t want to be on. An island with no phone signal. Given the goal of reaching the top of the mountain to see if you can get some bars, you and Claire quickly realise there’s wonder to be found in just slowing down and being where you are.

It’s so very clever that Claire’s narrative matches the player’s. Our instinct is to complete the task, but A Short Hike’s few hours are about slowing you down, distracting you from it, and eventually having you never want to achieve it so the moment lasts as long as possible.

It’s outrageously gorgeous, the writing is delightful, the music is perfect, and it even does flying better than any big budget attempt at the mechanic. I really love this piece about it by Nicole Carptenter that captures why it’s so special.

This was crazily ignored by so much of the gaming press, despite being one of this year’s greatest games by any criteria. Gosh I do hope there’s a Switch release in 2020 to see if that can be put right.

This comes very close to being my favourite game of 2019. A compelling murder mystery, set teetering on the edge of reality, with the finest writing and vocal performances of the year.

You play as Sally and Grimoire, private detectives attempting to solve the mysterious murder of Freya Fellow, a member of one of the convoluted families that live in Tangle Tower. At first the only culprit is a knife-clutching painting, the weapon painted in… the victim’s blood! From there on you investigate the nine characters who live in the towers, learning of a richly detailed history and the relationships between all who remain.

There are puzzles, but this is primarily about enjoying the excellence of the conversations, and then piecing together the evidence in a lovely grammatical system that lets you make deductive leaps forward. It’s touching, deep, and very, very funny. I absolutely adore it.

It’s been a surprisingly rich year for games built entirely out of ASCII. Stone Story stands out amongst them for it’s surprising RPG hidden depths.

I say surprising because it does rather bury itself under a too-long beginning. This is an automated side-scrolling game, in which your character launches on any given location with the equipment you’ve crafted, automatically battling enemies and collecting treasure. But once you can interact during these runs, switching in and out weapon types, abilities, and so on, it blossoms into something incredibly interesting.

The crafting is amazing, the writing fun, and the sense of progress continuous. Give its slow opening a chance, and you’ll find your way to a richly complex game, and one that’s changing all the time during its Early Access. Oh, and the ASCII art and animation is just brilliant.

There are an awful lot of indie Metroidvanias. There are incredibly few indie Metroids. Outbuddies is the latter, a beautiful love letter to the Nintendo classics, replete with its own fresh ideas brought to the mix. Not least your robot companion Buddy, who can be controlled independently, making how you approach the levels much more elaborate.

It is unquestionably Metroid, but it’s not a clone. It feels, and this is as high praise as it sounds, like it could be a Metroid sequel itself. That it’s created by a one-man team is absolutely ridiculous, and he should immediately be hired by Nintendo.

Although since Nintendo are apparently completely uninterested in creating a brand new 2D Metroid game, it’s wonderful that we’ve got this one. It’s good enough to be compared alongside, and original enough in its own right to feel like something new. (It’s coming to Switch and other consoles in 2020, so hurrah!)

This is my absolute game of 2019. I called it as my favourite in April, and never wavered. It is an utterly wonderful, deeply brilliant first-person puzzle game on a scale and scope we rarely see. And somehow, impossibly, created by just one person. David Münnich.

Scale and scope is an apposite phrase too, as this is about an ongoing war waging between the red and blue peg figures that reside in a small boy’s back yard. As a Red, you are the son of the King and Queen, tasked with traversing the vast world of this garden to reach the leaders of the Blues, to try to end the conflict.

I found this game as I do so many, just by scrolling through the ignored new releases on Steam. The screenshots grabbed me, so I installed it, but then worried when I noticed it compared itself to “Portal, Zelda and Metroid”. I mean, arrogant much? There’s a game set for a fall. And yet… good gravy, it earns it!

The result is a 20 hour treat, gathering abilities to be better able to explore farther reaches of this toy-eyed view of the world. The story becomes complex as you discover hidden secrets, alternative agenda, and peculiar rival religious perspectives, but the real force here is the puzzling. As you gain new skills, you work out ways to combine them to reach previously inaccessible areas, gather more collectibles, and solve more of its excellent puzzles.

It’s excruciatingly pretty, and does an excellent job of realising the scale of ordinary garden objects as massive obstacles and climbable challenges. And all the time, if you look up you’ll see the looming figure of the small boy, towering over your reality.

I cannot understand how one person created a game that feels like it came from a AAA PlayStation studio. I equally cannot understand how almost the entire gaming press ignored this. (And Game Informer, hilariously, decried it for “underwhelming” production values – which a) it doesn’t have, and b) WAS MADE BY A GUY ON HIS OWN!)

The excellent news is Münnich ran a successful Kickstarter to create a sequel (although he’d do well to start writing some updates). There’s also supposed to be some DLC for the game coming out very soon. And right now it’s half price! Don’t miss out on this one. 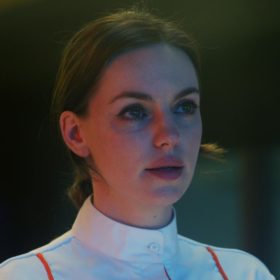 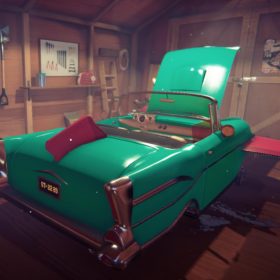 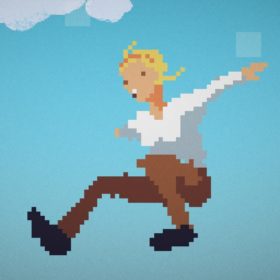 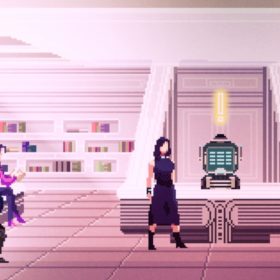 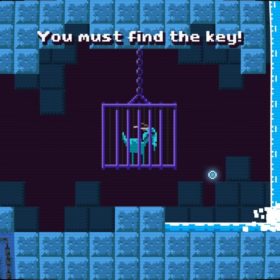 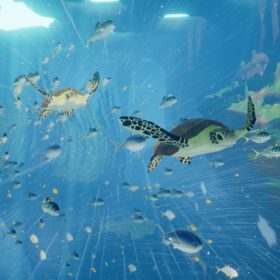 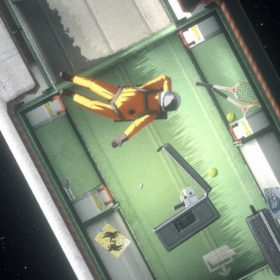 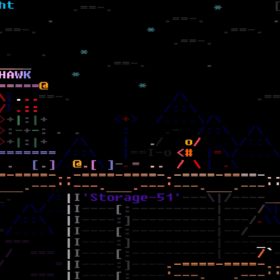 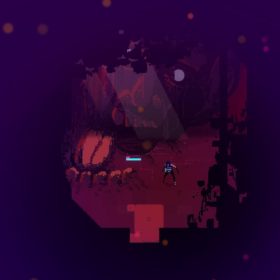 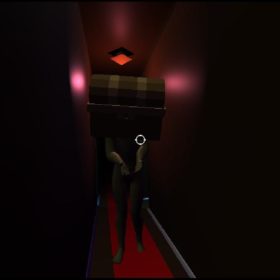 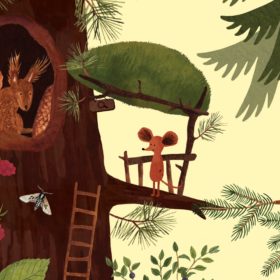 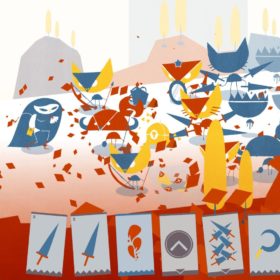 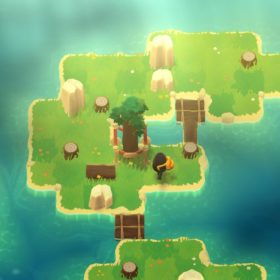 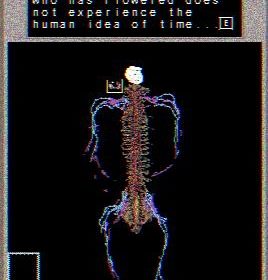 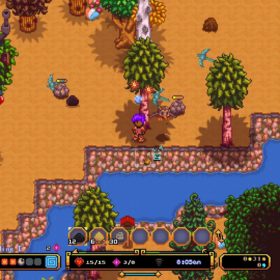 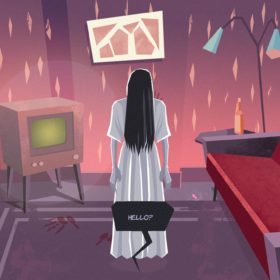 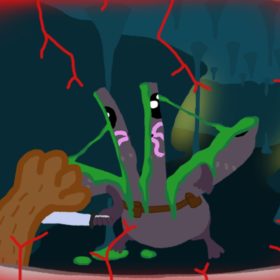 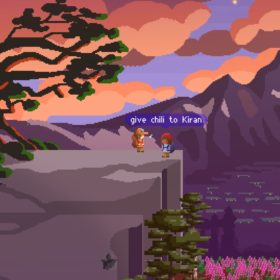