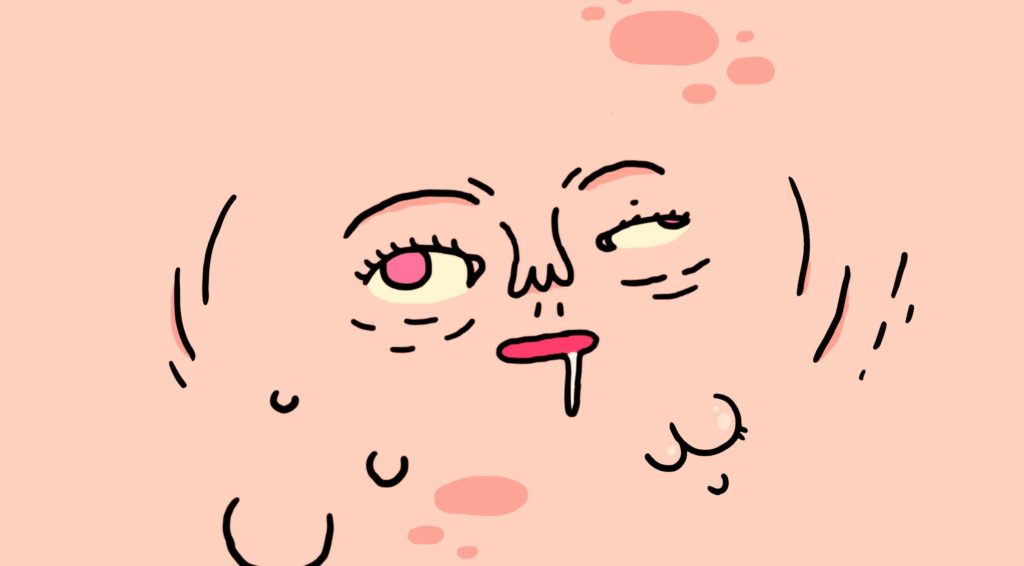 Get yourself into the Christmas spirit with The Good Time Garden, a game about suggestively undulating fleshy lumpoid growths.

Oh. I see. We must have very different Christmasses.

This is a fifteen minute, free, deeply peculiar exercise in animation and winkies. Creative in the extreme, weird to a new-found further extreme. It’s about slapping bottom- and boob-shaped lifeforms, gathering small innocent creatures to feed to an always hungry blob-growth, and “watering” vegetation by sloughing off some sort of gloop from your character’s nose. Jingle bells!

Now, I’m incredibly mature, so I was already delighted by the testicle-shaped mushrooms and creatures made of bums. The game had little more to do to win me over. But as daft as this all clearly is, there’s a really decent amount of effort gone into it.

As I say, this is primarily an animation piece, and I love how alive the entire little world is. As well as creepily bulging and swelling around you, all sorts of little beasties crawl and slither about, penile caterpillars inching around branches, the toadstools eventually doing some sort of ejaculatory dance. Yes, I know, what a good time garden.

Your involvement is to move your little naked creature about, gathering – well, let’s not avoid it – gathering baby animals to feed to a drooling veiny head-lady. The more she eats, the bigger she gets, and the more pathways are opened to you. Finding each morsel involves interacting with the world, either by slapping it or the gross nose-gushing thing. (Although considering other means of “watering” such a game could have chosen, I feel we got off lightly. (Don’t go there.)

So yes, it’s disgusting and silly and makes noises you’ll deeply regret anyone else hearing as you play. (It’s worth noting that the voice work is hilarious, and wrong, especially a group of teasing bum-creatures who rather hypocritically accuse you of looking like a butthole.)

It won’t take you more than twenty minutes to finish, but then it’s also free. It’s a little cartoon short, utterly revolting, and it’s probably wrong that you have to slap some bottoms and boobs.