There are far too many point-and-click adventure games that try to emulate Monkey Island. Soooo many. I only realise now that there are far fewer that try to emulate Day Of The Tentacle or Sam & Max. Feria d’Arles is an adventure game so perfectly drawn and animated in those games’ distinct style that it looks as though it could be a forgotten LucasArts games from the mid-90s.

Of course, the huge wobbling mistake made by nearly all those games that try to remind the player of Monkey Island is they, well, remind the player of Monkey Island – one of the most respected and revered examples of the form. So unless they’re somehow as good as Monkey Island (well, Monkey Island II, of course, because as any fule no, MI:I was nowhere near as good), they fall short by the comparison they themselves insist upon. You’re just constantly reminded that you’re not playing the better game. In fact, it’s usually a whole lot worse than that – the player is in fact measuring what they’re playing now against their nostalgic idealised memory of the inspiring game, and nothing stands a chance against that.

So goodness me, surely it must be madness to hold oneself up against what are scientifically proven to be the two best LucasArts adventures of all! Well, certainly in this instance, no! This is really rather splendid.

There are a couple of immediate reasons for this. Firstly, it’s simply the rarity. While there are twenty-five million adventures that come out either looking like Monkey Island’s more primitive pixel art, or incessantly referencing the game to the point of sounding like karaoke, I’m struggling to think of any others that look so much like Larry Ahern, Peter Chans et al’s gorgeous creations. And this really does, artist Matt Frith living up to those I assume must be his pixel art heroes.

Secondly, it’s… good! It’s a good game! A short one – one to three hours, depending upon how quickly you deduce the solutions. And while it makes that perennial mistake of so many retro-styled adventures – far too many references to the games that inspired them – it does more than enough of its own to stand alone.

This is the tale of Molly, a young girl being told the story of Marie Esperanto, (fictional) legendary bullfighter in the titular festival. What follows is a gloriously scatterbrained imagined version of 19th century Arles from the perspective of a child. So absolutely she arrives by bus to a place where there’s a barber who claims to have cut off van Gogh’s ear. Of course there’s a horse mechanic using a pulley and tools to fix horses, and a market stall selling t-shirts and plushies. Just go with it.

Molly dreams of being a legendary matador too, and your goal in this short adventure is to tick off a list of adventury goals until you can qualify to enter. You’re going to need to be taller, lose the pigtails, and get a sparkly suit, and of course each task is going to require a series of lateral-trending-nonsensical puzzles to be solved. Just like a proper mid-90s cartoon point-n-click.

There are so many good jokes in here. Jokes that would have fit right into DOTT. I love that when you switch a cup for the mechanic’s mug, it plays a little burst of the Indiana Jones theme, as Molly wiggles her fingers either side before performing the swap. I also gave a good smile at the bus’s number plate being “0451”.

Then there are so, so many lovely little details in the animations. Just tiny things that are there for the love of it, like when Molly gets into the barber’s chair, the way he pumps it up a few notches before he cuts her hair. That’s a whole bespoke animation created just for a minuscule detail, that wouldn’t have been missed if it weren’t there, but adds so much because it is. Or her little wobble before she picks something up when standing on a pile of horseshoes. Or how if you click on water in the game, Molly stoops down to scoop some up in her hands, that then trickles through her fingers. So much extra work to replace a “I can’t do that,” and such a joy that it’s been done.

The writing is lovely (with contributions from Nelly Cootalot writer and comedian Alasdair Beckett-King). Silly, fun, enough French thrown in to remind you it’s set in France, but not enough that you won’t understand anything. Yes, there are too many on-the-nose references to LucasArts games, but I’ll forgive this enormity on this occasion. Not least because this game uses the word “enormity” correctly, which is I think the first time ever in recorded human history.

There’s one odd mistake in the game’s design: the inventory. In an old-school-like adventure like this, where you’re going to be clicking things on things, sometimes at random, you want the items to just be there. The best modern retros (if you see what I mean) have realised this can appear with a scroll down of the mousewheel, rolling out from the top of the screen – that’s the ideal. Worse is having to click on an icon to have them appear in a pop-up, then click them out to use in the game proper. But worse still, it turns out, is doing the latter, but with a frustrating animation to watch each and every time, slowing the entire process down to the point where trying everything on everything feels like a punishment.

It’s such a shame, too, because the idea is lovely! Molly takes off her backpack, puts it on the ground, and opens it. Then you see a close-up of the pack, with each inventory item uniquely placed in its various pockets. It’s gorgeous. Take an item out and there’s another animation as she puts the pack back on before you can use it. And yes, we’re talking a couple of seconds here, but wow does it get irritating fast. Doing it over and over and over in a single scene is just so silly. Such a lovely detail becomes a pain in the arse. I’d love to see a patch to allow the animation to be switched off throughout.

It’s also worth noting this ends on something of a cliffhanger. A good one, but as is too often the case, the store pages don’t make this clear. Everything promised by the beginning of the game is wrapped up by the end, but it then promises a whole bunch more with a “to be continued”. Which is great! I want more, and I already got plenty for my tiny £3. But if it’s part one of a series, for goodness sake, say so when you’re selling it.

This is a treat. It’s about a quarter of the length of the games it emulates, but at a squillionth of the price. The animation and pixel art is a nostalgic delight, cutting no corners at all, and the writing is brisk, fun, and always cheerful. That this withstands the comparisons it invites is no small feat, and I dearly hope there’s more to come. 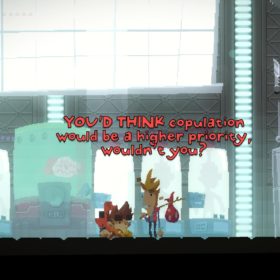 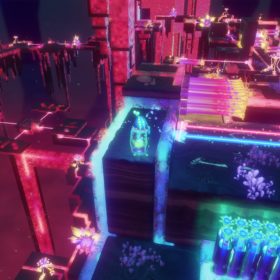 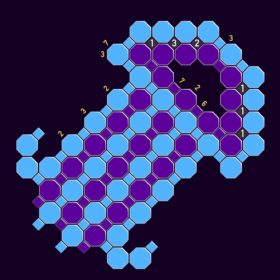 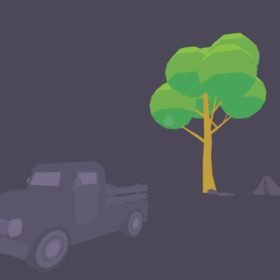 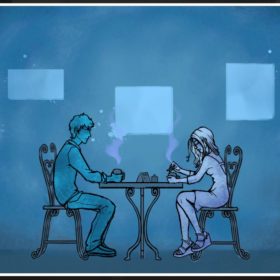 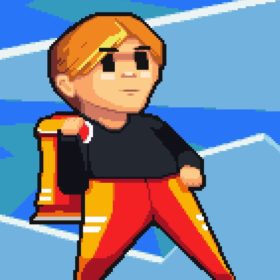 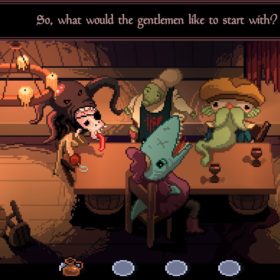 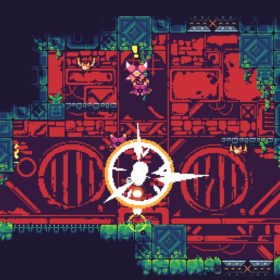 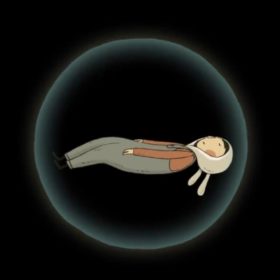 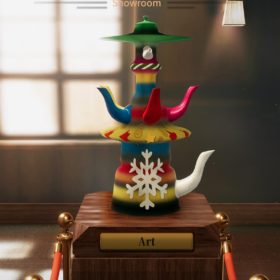 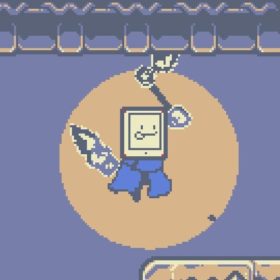 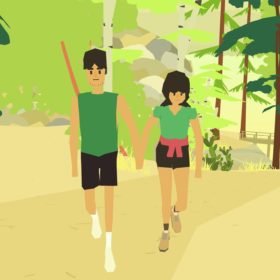 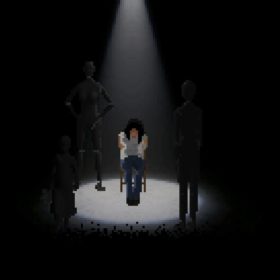 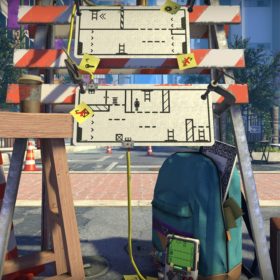 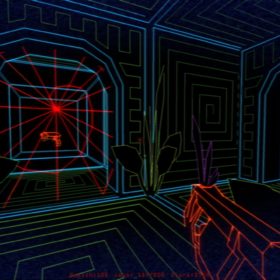 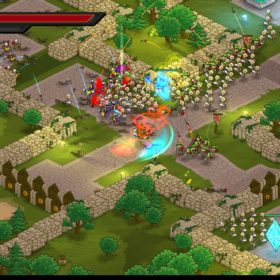