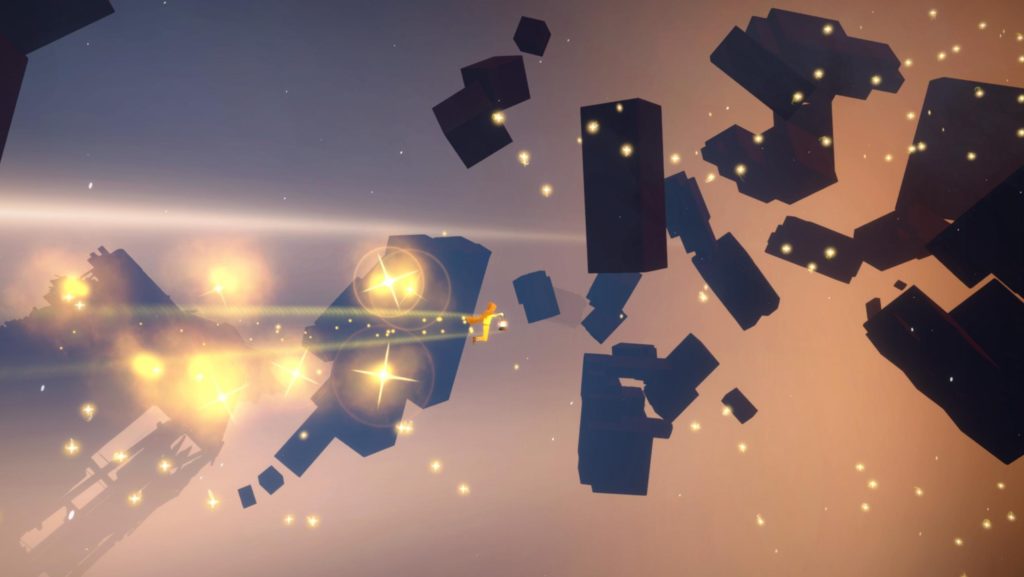 I am forever torn by how much value I put in endings. Does it matter if a game ends anticlimactically, or cops out, or sputters to a close, if I had a good time playing it up until that point? How much of my experience do I retrospectively rewrite if it doesn’t feel satisfying to stop playing? Or how much was I giving things the benefit of the doubt depending upon where they were heading? I’ve never managed to get to grips with this, but The Last Sky certainly has me thinking about it again.

This is, to summarise, a platform-cum-point-and-click-cum-escape-the-room-cum-endless-runner game. A blur of genres to match its blurred storytelling, leaping madly between formats as it sproings narratively all over the place. And for all those reasons, I rather liked it.

I’m really not exaggerating. You’re playing someone called Jake, who is at once a young boy, old man and confused adult, sometimes exploring a room in third-person trying to solve room-escape-type puzzles, sometimes making narrative choices in conversations, and sometimes leaping about in a sort of runny jumpy flying platformer where you get flung about between points of light. And somehow all of this is supposed to be an exploration of PTSD.

If anything, it’s undone by its attempt to be worthy. The damned weirdness is by far the best aspect, never really knowing what sort of game you’re playing, wondering at the mad peculiarity of sidescrolling your 2D character along some rocks and jumping onto an enormous set of piano keys, before trying to find keys to unlock drawers to find puzzle pieces in a 3D adventure. That there’s some underlying tale happening is best when it’s abstract, unknowable, and as it all coalesces toward the end, it feels enormously heavy-handed, un-nuanced.

Oh, and the First Nation themes feel so utterly incongruous as to either be Lynchian or just woefully out of place. I’ve really no idea which.

And yet, gosh, there’s so much going on in here that’s absolutely intriguing, and none more so than the “SoulComm 19”. It’s a device on the desk of the old man’s room, which has an ’80s style digital screen, and a keypad of 20 letter buttons. Type in a word, press “Done”, and it responds, esoterically but thematically, to that word. To so many words! Lacking C, I, Q, U, W and Z, you obviously have a lot of your classic swears unavailable. But it has responses for “POO” and “PEE”, which pleased me greatly. Weird, specific responses, that felt unnerving and poetic. As indeed it had for “GOLF”, “SAFE”, “HOPE”, and “HELP”, and so many more besides. It felt magical, that it recognised word after word I tried, and had these peculiar bespoke responses for each. And for literally no reason! It’ll give you a hint on one puzzle alone, which you’ll already have solved by default, and that’s it. It’s just there, this extraordinary oddity, and you never need touch it.

And then I played it a second time. And this time a note from the past said something so utterly different I couldn’t really understand. The first time it was a devastating note of sadness. The second time one of complete joy. Then I realised a strange constellation puzzle that appears midway can be played for any constellation, and does that cause changes too? There’s all sorts of astrological woo-woo throughout, including an odd grandfather clock with the various symbols instead of numbers. And then I remembered the shelves in the basement that I didn’t find a use for either time. Was there more there?

Oh, and the first time through I failed at one of the jumpy sections, but instead of restarting me at a checkpoint, it just carried on from that point. The second time I made it further, got fireworks. And conversations I’d had with the man in wolfskin just didn’t happen the second time. And the final conversation was completely different.

And yet, weirdly, the same ultimate ending. The same odd sudden stop that didn’t justify the previous hour. The blurb promises multiple endings, but I don’t know if it means the conversation, or the final outcome. I certainly said nothing to merit the same fate the second time. And the different choices I made along the way were arbitrary enough that I don’t feel confident I could see something significantly different a third time through, or at least know what I could do to influence it.

What an absolutely fascinating game The Last Sky is. I certainly wish it were far more obscure as it ends, to have allowed itself the ambiguity it otherwise embraced. But goodness me, there’s so much going on here in its muddle of genres, narrative approaches, and downright oddness. And that SoulComm 19 machine just blew me away. One of the most interesting pieces of esoterica I’ve seen in forever. 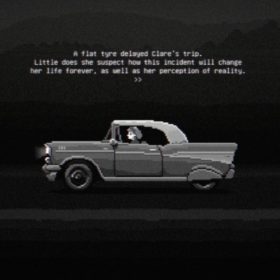