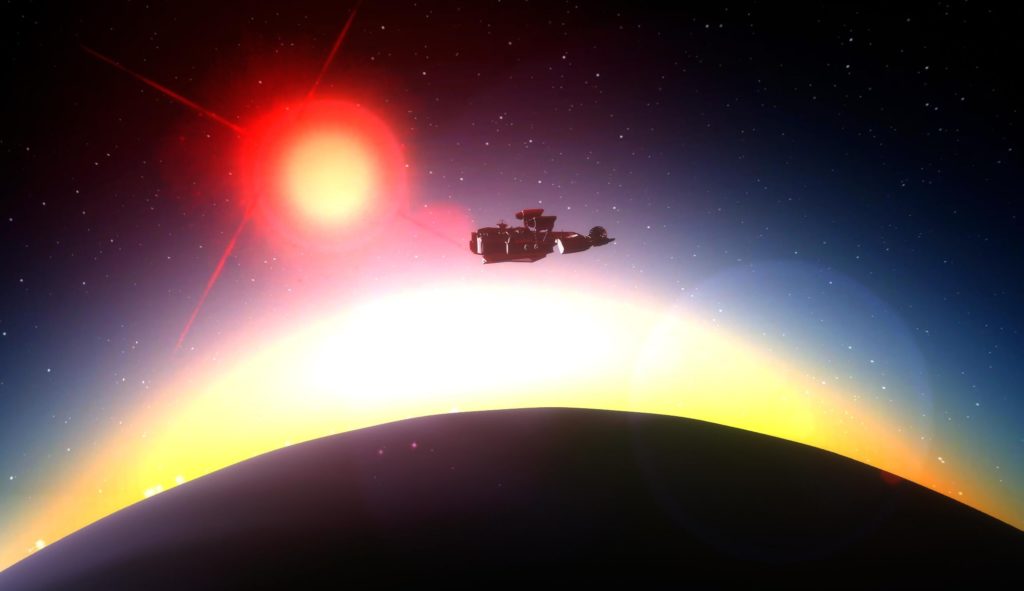 (This appeared in the itch.io ultro-bundle, so be sure to check there first!)

Having had a crappy day of playing a bunch of broken or rubbish games, none of which proved worth writing about, the excellent denizens of Buried Treasure’s Discord suggested some palate cleansers. One of those was a five-year-old space station explore-me-do, Spirits Of Xanadu, so I took a look.

I am a sucker for these sorts of games, where you stumble around an abandoned spaceship/station trying to work out what went wrong, of which there are literally hundreds. If you happen to have the same curse as I that forces you to look through every single game ever released on Steam, you’ll notice they come out on a weekly basis, if not more often, and most of them are baaaaaaad. But it’s hard to tell which are going to suck before you play them, since they all look absolutely identical in their screenshots. A recommendation is always very welcome.

Xanadu follows the formula pretty closely. You arrive at the space station with the instructions to work out what’s happening, and return the whole thing to Earth. But goodness me, it’s completely abandoned, and covered in notes, audio logs and scrawled writing on walls that pieces together a tale of a mysterious space maybe-virus. So far, so typical.

But what makes this one work is as simple as just delivering the formula well. Most of these games have badly written drivel and audio logs recorded by the developer’s mum and dad. Here there’s decent acting from all involved, and the writing tells the tale with a fair amount of skill. It’s not achingly spelled out by the end, and indeed due to certain events that occur along the way, a lot of the story is left to your own discernment. This all leads to three possible endings, the most accessible of which is appealingly appalling.

It certainly helps that it delivers the seemingly obligatory fuzzy-screen moments, and suggestions of player madness, in a way that’s interesting rather than obfuscating. And it constantly rewards you for careful exploration, with very many hidden easter eggs and in-jokes for those paying close enough attention. Look out for a super-obscure Deus Ex reference, for instance. And no, none of the door codes are 0451.

The odd inclusion here are some angry robots that shoot at you. You’re equipped with a blaster from the start, and can fire back. Dying isn’t necessarily a bad thing, however, although I’ll say no more than that. But it’s possible to switch to a “Peaceful Mode” if having FPS elements doesn’t do it for you in your exploration games. This was apparently a later addition, and a smart choice. I played through with shooty-bangs, but I wouldn’t have missed them.

Gosh there are too many “explore an abandoned space station” games, but I keep finding myself drawn to them, and it’s for exactly the reason that I hope they’ll offer what Spirits Of Xanadu includes. I mean, it’s not amazing, and I’ve still yet to find the Solaris of videogames that I’m desperately hoping for, but it’s nice to have something that delivers it all in a satisfying way.