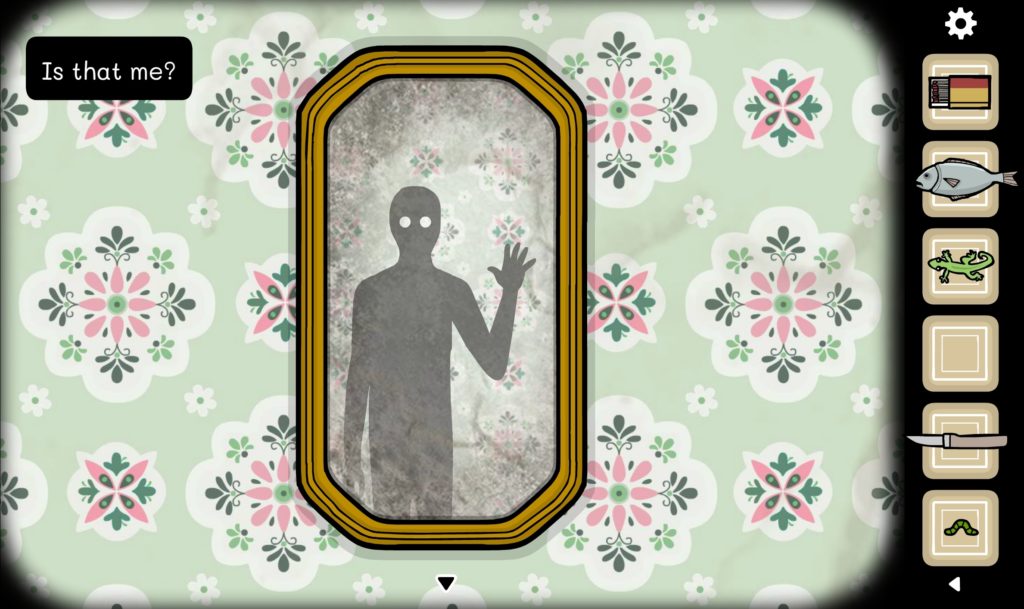 Rusty Lake are by far one of my favourite developers working today. Their games are the most extraordinary mixture of peculiar, amusing, sinister and downright confusing. Every one of their many, many entries into the Rusty Lake universe has me completely absorbed, bemused, and delighted. And today, to celebrate their fifth anniversary, they’ve just released a complete remake of one of their earlier games, Samsara Room, completely for free.

And when I say remake, consider this a ground-up brand new entry into the Cube Escape portion of their damned strange world, because it’s all new art, puzzles, music and design. And it’s completely splendid, leaving me even more weirded out by my presumably fruitless attempts to gain something of a foothold in the universe’s metanarrative.

If you haven’t played any of these games before, boy do I have a treat for you. Because most of them are completely free! If the title includes “Cube Escape”, that means you’ll be able to download it free on mobile devices, and some on PC too. Meanwhile, their longer games, Rusty Lake Hotel, Rusty Lake: Roots, Rusty Lake Paradise, and the most recent, The White Door, are all incredibly cheap. All of them are hard to find for more than £2 each, and that is a ridiculous bargain for the amount of bizarro-puzzling they offer.

Each game in the world of Rusty Lake feels like a collection of clues to a puzzle no one’s set. There are familiar elements to them all, so much so that the more of their games you play, the more impactful their appearances can be. It’s daft, but I’ve reached a point where seeing a slowly rotating, sometimes slightly shivering white cube, immediately puts me on edge. And then there’s the crow…

Importantly, these aren’t traditional horror at all. They don’t use jump-scares, and rarely even anything gory or unpleasant. (Rarely – these are not games for children, and it’s as likely that the solution to a puzzle will be to work out a combination for a lock as it is to slice of a man’s nipple and crawl inside the resulting hole.) It’s much more about the incredible way they develop a sense of impending… something. It’s nothing so simple as fear, or dread, but this other-worldly unknown, this creeping otherness that means nothing ever feels quite right.

The developers have been far too guilty in the past of wearing their Lynchian influences on their sleeves, and then shoving their sleeves into your face and smooshing it all over your cheeks. I’m pleased to say that’s far less the case in this latest entry. Sure, there are owls, but we’re all allowed owls. My main criticism of the excellent The White Door was their getting far too carried away by making clear their inspiration, as has often been the case. So I’m very pleased to have enjoyed a new game without that gnawing awkwardness creeping in.

Honestly, I feel no great impetus to explain the plot of this to you, because a) these games are all about the experience of finding out what is going to happen, and b) I’m not entirely sure I can. As with all the Cube Escape games, it’s set in an ever-changing single room, this time crossing time, dimensions, and goodness knows what else. There are dead fat old men, unpleasant telephones, and a bit where you you make a stork sick up a baby. It’s that sort of thing.

Oh my goodness, get this, and indeed every other game they’ve made. Play them all, and you’ll only probably maybe go completely loopy. I adore them, and this one lives up to their reputation completely.