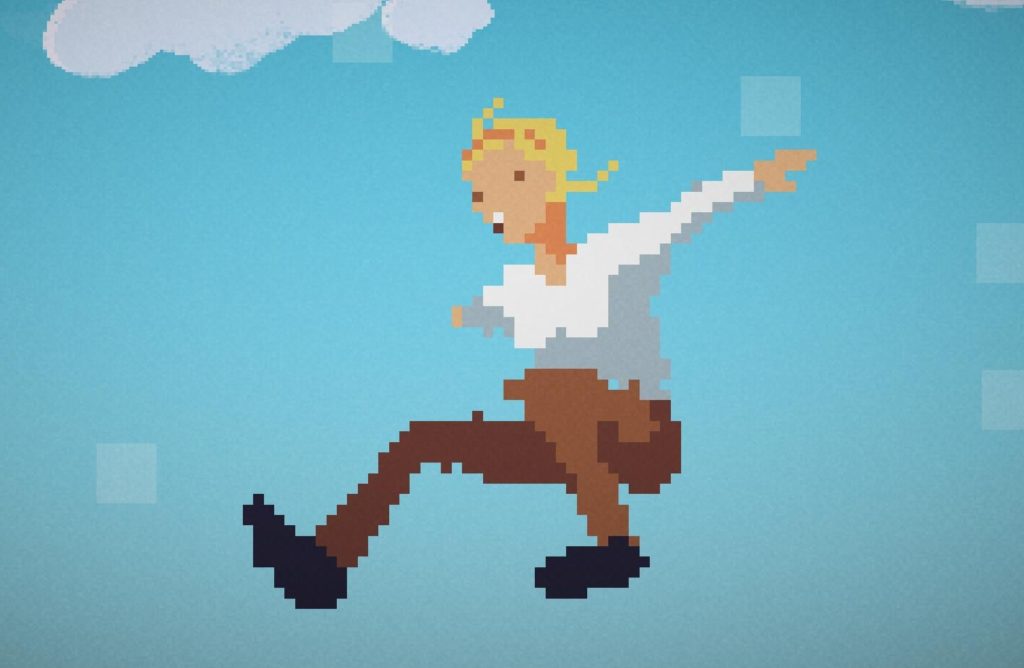 There’s a style of film I’ve always long lamented the lack of. It’s what I call The Genre Twist. That is films that start off appearing to be, say, a romantic comedy, but then in the final act aliens attack the Earth and our will-they-won’t-they couple are suddenly fending for their lives. In many ways, that’s Milkmaid Of The Milky Way, albeit putting its somewhat left turn earlier on.

This is the tale of Ruth, a young farm worker living in an isolated Norwegian fjord in the 1920s. She looks after just four cows, having taken over the farm of her late parents, making butter and cheese to sell in the local town. And then one day a spaceship turns up.

I feel safe throwing in this spoiler, given the title of the game, and the game’s main logo being the spaceship. But what delighted me was for how long it was a point-and-click adventure game about just running the small farm, making the produce, and the relationship between Ruth and a young man who would deliver her products to the market. Just half an hour or so, but you know, long enough to let it feel like something else.

Then the genre somewhat twists.

This is a couple of years old, and I’m only coming to it now after it was one of the games that briefly dropped to free on Itch. But I’m very pleased to have discovered it, most especially because of the unique art style that’s really very delightful. It’s a sort of cross between the sugar-paper cut-out look, and pixel art, and the combination of the two really works well.

What certainly works less well is the unfortunate decision to write the entire game in rhyming couplets.

Game! You already had a great gimmick! You really didn’t need another one.

Rhyming couplets always feel like a good idea at the time, but almost never survive execution. By their very nature, they force every other line of dialogue, description or explanation to feature a forced word that otherwise wouldn’t have been used. For instance I feel complete certain no one would ever have chosen “grudge” in the sentence,

Then there’s the irritation of having to attempt to parse the scansion of every utterance, and stumbling horribly when they’re as bad as this:

“They took my cows, lifted them through the air!

My jaw dropped, my eyes a thousand-yard stare.”

No! No no no. NO. In the end I took to skim-reading the words in an effort to let their meaning come across, without getting entangled in the squirmy awkwardness.

The lesson here is: Never, ever, EVER do rhyming couplets, unless say you’re Shakespeare. And I have a strong suspicion you’re not.

However, it’s testament to just how lovely everything else is about Milkmaid that I still want to recommend it!

It’s lovely, and silly, and explores the important topic of how corrupting it would be to own an age-swapping machine. And it’s rather lovely on the eye.