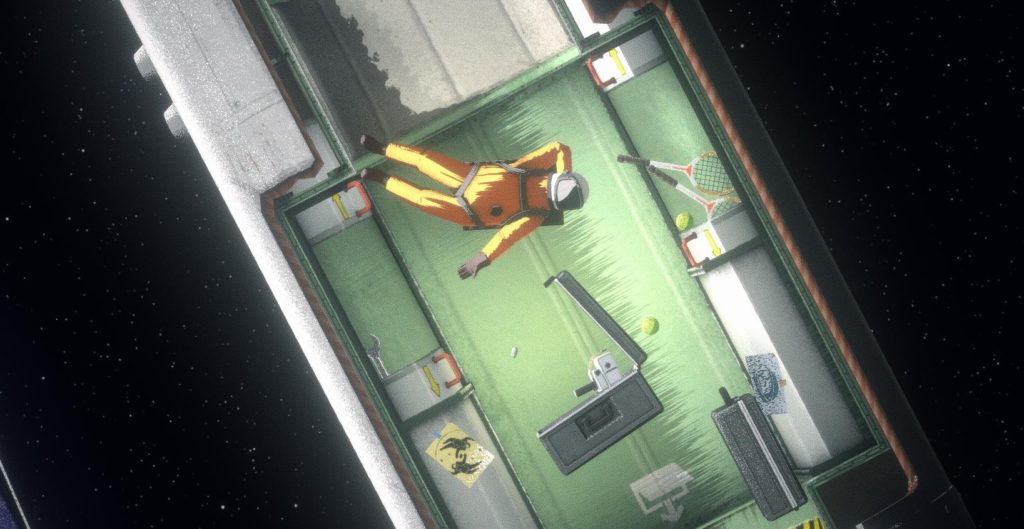 Quickly! Time is short! Steam’s (weirdly hidden) Game Festival – Spring Edition, in which indies have demos of their forthcoming games, is on now. It finishes on the 23rd March, and is doing the Lord’s work in allowing developers to show their playable game clips that would otherwise have appeared at GDC this week.

Amongst them is the utterly phenomenal Heavenly Bodies. A game about being an astronaut in zero-g.

I really wasn’t sure I even wanted to play this. There have been a lot of games in the QWOP mold, where characters are controlled limb by limb, deliberately difficult and entertainingly gangly, not least Foddy’s own Getting Over It. I get them. I briefly enjoy them. And then the in-built frustration, well, frustrates me. I thought Heavenly Bodies would be this, with its ragdoll astronaut, each arm assigned to a gamepad stick, each hand to a trigger.

Except, somehow it isn’t. Heavenly Bodies takes the exact concept, the same paper-doll movement, and yet makes it feel absolutely essential.

It turns out, 2pt Interactive’s borrowing Foddy’s flailing movement is the perfect way to represent a lack of gravity. As you try to grab hold of the walls of a space station, then attempt to manipulate the arms to pull yourself in the correct direction, the helplessness just makes sense.

Better, you can get better at it! Sure, that’s true of Getting Over It – heck, people become sublime at it in a way I never will no matter how much I’ve played – but here that improvement feels faster, and more importantly, more meaningful.

In this ten minute demo, you are set a series of tasks. Reach the main hub, enter the airlock, go outside to wind in a solar sail… But this 1970s space station isn’t in the best condition, levers can snap, and you’re going to have to improvise. Now, if this were the exercise in frustration I thought it was intending to be, such precise actions as trying to find a crowbar then open a stuck door would be unbearable. But here, somehow this unwieldy movement becomes a valid obstacle in the awkwardness of outer-space, and achieving a task feels bloody fantastic.

The first time I played I ran out of time before I’d managed to get back inside the space station. The second time with my cosmonaut literally at the doorway of the winning area. The third time I completed it with two and a half minutes left on the clock. And this improvement, and this sense of getting to grips with its interaction, makes me OH SO desperate to play the rest of the game.

I love how much room there is for stuff to go wrong. In my second play through, with my son watching, the crowbar floated out of the airlock and my attempts to catch it in time failed. My son: “I hope you don’t need it now you’ve let it float into out-of-space.” Thankfully I didn’t in these ten minutes. But what if in the full game it were? Would I have to improvise something else? Or head off on some ludicrously dangerous attempt to space walk to find it? The possibilities of how much room to invent solutions to scrapes, to The Martian your way into and out of trouble, are just so immense!

Clearly I’m somewhat project managing my own imagined version of the game at this point, and who knows the actual intentions. But wow is there potential here. Absolutely get ahold of this demo now, and wishlist the game so damned hard.