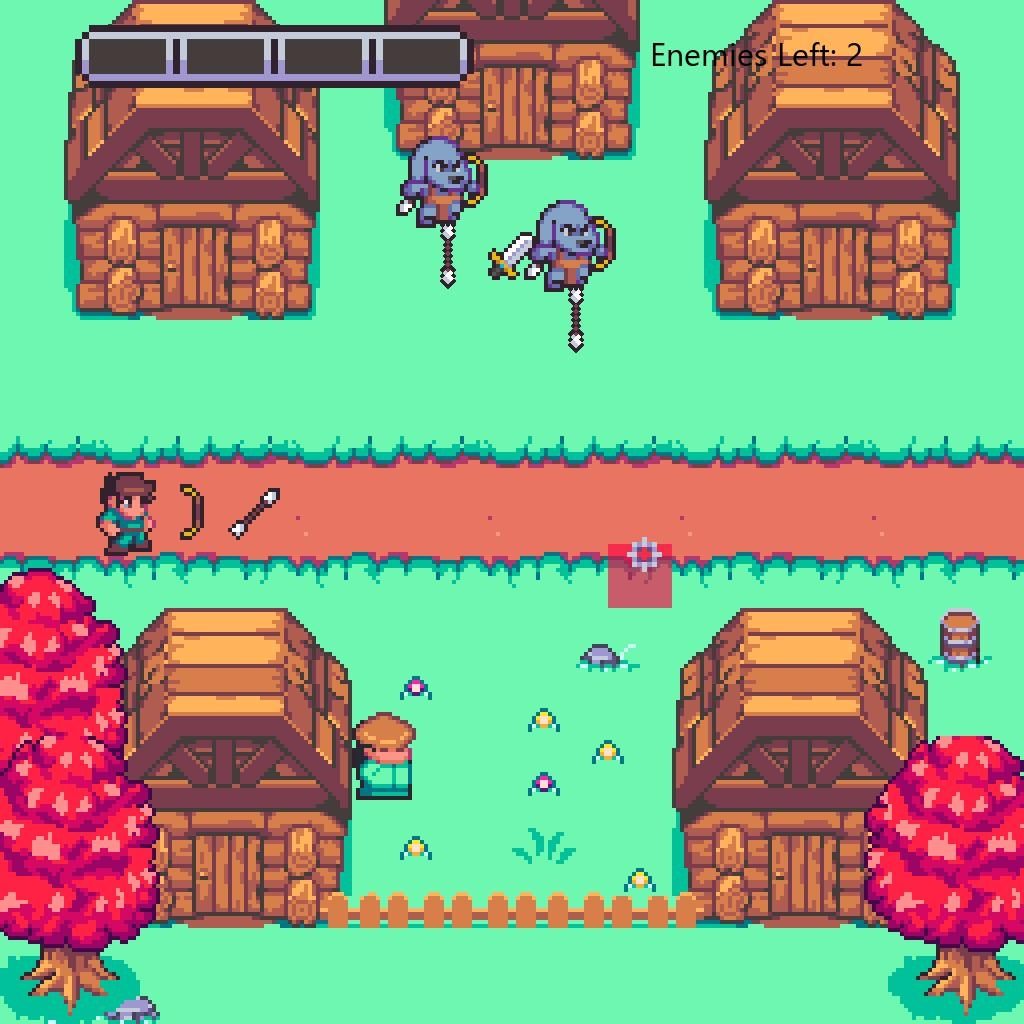 You all know those days. Those days when you have a bunch of promising-looking games to play on your pile, and then they all let you down by being rubbish or broken, so you jump onto itch.io and see if you can stumble on anything short and worthwhile that no one has ever mentioned before. We’ve all been there. Tonight I’ve been rescued by the surprising little gem, Curse Of Vanishing.

It’s about twenty minutes long, put together in Gamemaker using the spectacularly blandly named Generic RPG Pack (daft name too, since they’re really lovely pieces of pixel art by Estúdio Vaca Roxa), for Weekly Game Jam 160. If you were a ghastly person, you’d call it an asset flip. And yet, right here, in this little morsel, is such a brilliant idea for a puzzle game.

In Curse Of Vanishing, your weapons disappear after you’ve taken four steps. I’m going to assume this is due to some sort of hex that has befallen you, a curse of vanishing you might say. Everything is turn-based, so you move a step, an enemy’s arrow might move a block forward. It’s a puzzle game that’s all about working out what route you’re going to need to take to kill all the enemies on the screen, picking up and using weapons before they pop out of existence.

In the later puzzles there are others on screen to protect too, adding an extra dimension to your planning. And then, ping, it’s over. But what a lovely little morsel of a game it is. It’s such a nifty idea that it could very easily be developed into a full-length game. What’s so impressive here is that developer joba288 shows some really smart puzzling chops in these few levels, each time asking you to have another think about how you approach them.

It’s free on itch, but you can choose to lob some money its way. I love just stumbling on something like this, uploaded to itch just a few hours before I played it, and discovering something that uses available assets to deliver a great idea in a solid way.