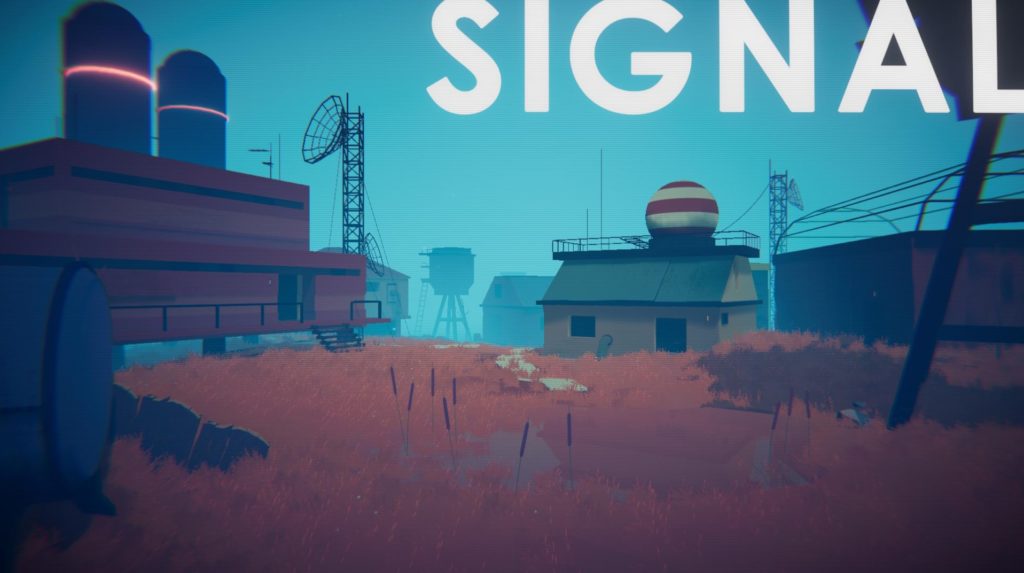 Gosh I love a good game jam entry, and Signal is certainly that. Made in two weeks as part of #advjam2020, this original approach to the adventure genre is not just a great science fiction tale, but a fresh idea that works completely in this context.

As Amelia, you arrive by helicopter at a research station with the instruction to deliver a parcel. You’re told that, due to bad weather, you’ll be picked up in another eight hours. Just drop off the package, kill time, and leave.

Except, as you might guess, things aren’t that simple. Because, well, nearly everyone’s dead. And the one person, one Tray Wilson, still alive only has about three hours to live. Three, let me tell you, is less than eight. If you want to rescue him, and get to the bottom of the mysterious events that have taken place here, you’re going to need to act.

Except in Signal, as in life, every action takes time. Moving from one building to another is going to take you five minutes. Searching rooms in said buildings might take ten or fifteen, but what you find could be absolutely essential for survival. The more water and medbay power cells you can find for Wilson, the longer he’ll survive. But the more time you spend looking for things, the less time you have to sort things in time for a rescue.

So what you’ve got here is, really, a time management game. Purposefully not entirely a fair one – often times you’ll dedicate ten minutes to searching an area of a building only to be told after that it was too dark to see anything at this point. There’s a lot of gambling here. Plus choices. Direct power to one facility or another? Explore further or make do with what you’ve found? Press suspicious looking buttons, or leave them well alone?

It lasts maybe half an hour the first time through. But it’ll definitely be a first time. I began playing again immediately after, seeing if I could game it a bit by using what I’d learned to avoid wasting time, find a different outcome to my actions slightly more… positive than the rather disastrous finish I first received.

If you prioritise differently, there are more secrets to find, different pieces of backstory to put together, although a lot of it will always be left deliberately ambiguous. It is, if anything, a fairly standard Mysterious Research Facility Tale, but it’s well told, even if the text is a little skew-whiff in its English translation.

The latter is strongly boosted by the rather pleasant surprise of some excellent voice acting. While not every line is voiced, a fair amount are, and reaction noises fill in the silences elsewhere. Quite how they managed professional-quality voices in a two week gamejam entry I have no idea, so kudos for that!

The decision to build just the exterior of all the buildings, then describe the insides via text, was an incredibly smart one. Because despite the game visually taking place in essentially one location, my memories of it appear to have filled in all the rest. I remember what the medbay, laboratory and storage rooms look like, despite never having been shown them, just as I might from a radio programme about the same.

And if you’re worried the time limits will end up affecting your enjoyment, trust me when I say it won’t. This isn’t frantic – you make decisions in your own time, acknowledging the time they’ll consume in advance. And the concept is built into the whole experience, rather than feeling like a tacked on extra pressure. This is a game that works because of the time management, not despite it.

I’m super-impressed with this. You can pay what you want for it, so don’t be put off by its short running time – instead grab it and experience a game like you’ve not played before, with a pleasing mystery to untangle, delivered in a very smart fashion.

Huge thanks to Buried Treasure supporter, the enigmatically named \\, for tipping us off to this one.